Gary Johns and this band are the ultimate party band. Gary has more songs than it would seem possible to learn in a lifetime. At gigs the crowd literally yell out everything from Buble to Bohemian Rhapsody and then it’s being played either by Gary as a solo or with the full band. This works very well for weddings and events that require a range of music styles. Gary’s real speciality though is getting people involved, requesting, singing and staying on the dance floor!

Gary does loads of venues and parties as well as weddings around Sydney. He also performs in Mudgee and Bathurst where he has a farm. So weather you have a Sydney function needing entertianment or a country wedding that you want to rock, Gary as a solo or with his band will get it done right! 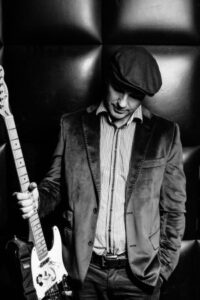