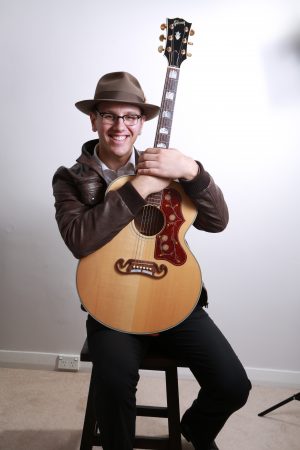 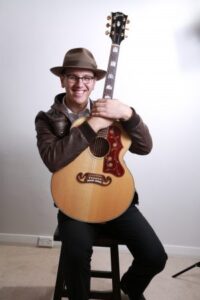 James Englund is a passionate singer-songwriter/producer who performs avidly across Australia as a solo artist and session musician. He has shared the stage with industry greats like John Butler, Michael Bolton and Ten CC as well as working closely with engineers and artists like Michael Brauer (4 time Grammy winner and mixer of Coldplay, John Mayer, Jeff Buckley, and more), Mike Stavrou (Sting, Elton John, and more), Deni Hines, Erika Heynatz, and more.

James is a multi-instrumentalist who sings lead vocals and plays live shows on piano and guitar. In the studio he works on drums, saxophone and bass, and arranges for music industry clientele. After graduating from the University of New South Wales with a degree in Physics and Music he went on to study a degree in Audio Engineering at The School of Audio Engineering. He has since started Crash Symphony Productions, a boutique recording studio and production house on Sydney’s North Shore, as well as creating Crash Symphony Music Publishing, which specializes in film and television music. In 2012 James released an iPhone App called Audio Engineer, which enjoyed instant success being the world’s first app textbook for audio engineers, producers and musicians.

James’ days are filled making albums for other music artists and playing music in hospitals all over Sydney whilst at night’s he performs at weddings, cooperate functions, pubs and clubs. James has a smooth tenor vocal tone that is often compared to Sting and he can play anything from Lounge Jazz to Standards to Pub rock as well as an eclectic mix of contemporary hits. James loves singing and entertaining and he specializes in bringing life to the party through music.